Rise of Emperors: Gods of Rome - The Prologue 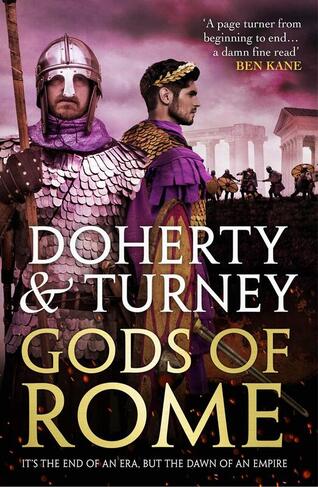 ‘The first of my spoils,’ I said, hot with anger as Maxentius’ litany of aggressions flickered across my thoughts: he had claimed Rome and Italia as his own when they were rightly mine; seized Africa – that great bread basket of the West – as his too; dangled threats of a grain embargo upon me. He had even sent a vile cutthroat to kill me. Worst of all was not the trade threats, the theft or the hired blades. It was the acid words he had spread: Constantine is nought but the son of a whore! He – more than any other – must have known how deep those rumours would burn. For he was there the day my father estranged Mother and me. He was the one in whom I sought counsel. And he had kept that private weakness of mine all these years only to sharpen it into a blade and turn it upon me. Me, the man who had rescued his son from a blazing grain house.
I had tried to resist the clamour to act, the urgent warnings from my advisors… the bare and brutal truth. Then more rumours had spread on top of this, that Maxentius had ordered the massacre of thousands of Rome’s people in a bloody frenzy – an act fitting of Galerius or Diocletian, the emperors of old we once both detested. The boy Maxentius, the friend, the brother, was gone. The cur and his wretched, civilian-massacring Praetorians had given me no choice in the end. Steeling myself, I turned my head to meet the eyes of the buccinators and aquilifers lining the front of my army.
​     ‘Onward,’ I said, my low growl echoing through the valley.

​Hope you enjoyed the intro! You can pick up a copy of Rise of Emperors: Gods of Rome from all good online stores.